Tacrolimus is an immunosuppressive drug .It was discovered in 1984 from the fermentation broth of a Japanese soil sample that contained the bacteria Streptomyces tsukubaensis 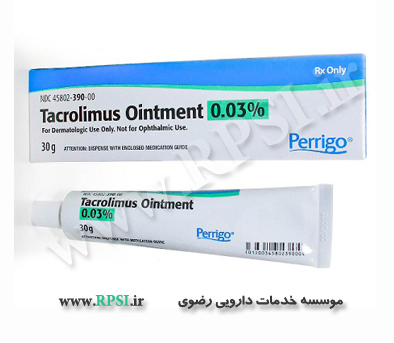 Tacrolimus acts by inhibiting the production of interleukin-2, a molecule that promotes the development and proliferation of T cells, which are vital to the body's learned (or adaptive) immune response

Tacrolimus acts by inhibiting interleukin-2 and used in organ transplant to avoid rejection. It is also used in atopic dermatitis .

The rate of absorption of tacrolimus is variable with peak blood or plasma concentrations being reached in 0.5 to 6 hours; approximately 25% of the oral dose is bioavailable.
half-life is 12 hours .
The elimination of tacrolimus is decreased in the presence of liver impairment.

Tacrolimus may cause a condition that affects the heart rhythm (QT prolongation). QT prolongation can rarely cause serious (rarely fatal) fast/irregular heartbeat and other symptoms (such as severe dizziness, fainting) that need medical attention right away

Before using tacrolimus let your doctor know any following conditions:
*if you are allergic to it; or to other macrolide medications (such as sirolimus); or if you have any other allergies.
*your medical history, especially of: mineral imbalances (such as high potassium), kidney disease, any recent/current infections, cancer, liver disease, high blood pressure, diabetes.
Avoid eating grapefruit or drinking grapefruit juice while taking tacrolimus.