Tranylcypromine is a monoamine oxidase inhibitor (MAOI) that works by increasing the levels of certain chemicals in the brain. Tranylcypromine is used to treat major depressive episode in adults.
This medication is usually given after other anti-depressants have been tried without successful treatment of symptoms. Tranylcypromine will not treat bipolar disorder (manic depression). 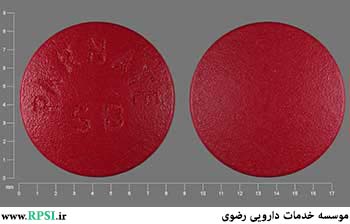 Tranylcypromine is a non-hydrazine monoamine oxidase inhibitor with a rapid onset of activity. It increases the concentration of epinephrine, norepinephrine, and serotonin in storage sites throughout the nervous system and, in theory, this increased concentration of monoamines in the brain stem is the basis for its antidepressant activity.

It has been postulated that depression is caused by low levels of serotonin and/or norepinephrine and that increasing serotonergic and norepinephrinergic neurotransmission results in relief of depressive symptoms.

Interindividual variability in absorption. May be biphasic in some individuals. Peak plasma concentrations occur in one hour following oral administration with a secondary peak occurring within 2-3 hours.
Metabolism:Hepatic.Half life: 1.5-3.2 hours in patients with normal renal and hepatic function

Usual Adult Dose for Depression Major Depressive Episode Without Melancholia: Initial dose: 10 mg orally twice a day Maintenance dose: Usually 30 mg/day in divided doses is effective; however, dosage should be adjusted to individual needs Improvement should be seen within 48 hours to 3 weeks after initiation of therapy.
If there are no signs of improvement after 2 weeks, then the dosage may be increased in 10 mg/day at intervals of 1 to 3 weeks, up to a maximum of 60 mg/day.

1- If a hypertensive crisis occurs, Tranylcypromine Sulfate should be discontinued and therapy to lower blood pressure should be instituted immediately.
2- Patients, their families, and their caregivers should be encouraged to be alert to the emergence of anxiety, agitation, panic attacks, insomnia, irritability, hostility, aggressiveness, impulsivity, akathisia (psychomotor restlessness), hypomania, mania, other unusual changes in behavior, worsening of depression, and suicidal ideation
3- Drugs which lower the seizure threshold, including MAO inhibitors, should not be used with Amipaque®*.
4- Tranylcypromine Sulfate is not recommended in those depressive reactions where other antidepressant drugs may be effective
5- Patients should also be cautioned not to take concomitant medications, whether prescription or over-the-counter drugs such as cold, hay fever, or weight-reducing preparations, without the advice of a physician
6- Patients should be warned against eating the cheese or other foods with a high tyramine content while on therapy with Tranylcypromine Sulfate. Also, they should be told not to drink alcoholic beverages.
7- The patient should also be warned about the possibility of hypotension and faintness, as well as drowsiness sufficient to impair performance of potentially hazardous tasks such as driving a car or operating machinery.
8- They should be advised not to consume excessive amounts of caffeine in any form. Likewise, they should inform other physicians, and their dentist, about their use of Tranylcypromine Sulfate.