Gemcitabine is a cancer medicine that interferes with the growth and spread of cancer cells in the body.Gemcitabine is used to treat cancers of the pancreas, lung, ovary, and breast. 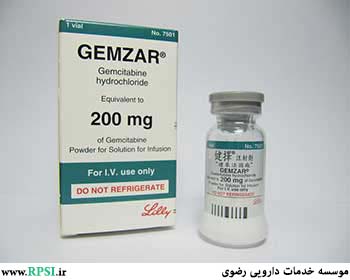 Gemcitabine is an antineoplastic anti-metabolite. Anti-metabolites masquerade as purine or pyrimidine - which become the building blocks of DNA. They prevent these substances becoming incorporated in to DNA during the "S" phase (or DNA synthesis phase of the cell cycle), stopping normal development and division