chloroquine is a 4-aminoquinoline compound for oral administration . chloroquine is an antimalarial and amebicidal drug .It has also been used to treat rheumatoid arthritis, systemic lupus erythematosus, and in the systemic therapy of amebic liver abscesses. 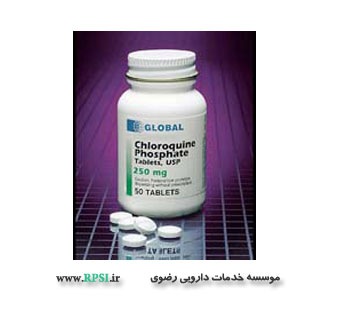 the drug can inhibit certain enzymes, its effect is believed to result, at least in part, from its interaction with DNA. However, the mechanism of plasmodicidal action of chloroquine is not completely certain.

Chloroquine is the prototype anti malarial drug, most widely used to treat all types of malaria except for disease caused by chloroquine resistant Plasmodium falciparum .

Chloroquine inhibits the parasitic enzyme heme polymerase that converts the toxic heme into non-toxic hemazoin, thereby resulting in the accumulation of toxic heme within the parasite. It may also interfere with the biosynthesis of nucleic acids.