A phospholipid-interacting antimalarial drug (antimalarials). It is very effective against plasmodium falciparum with very few side effects. 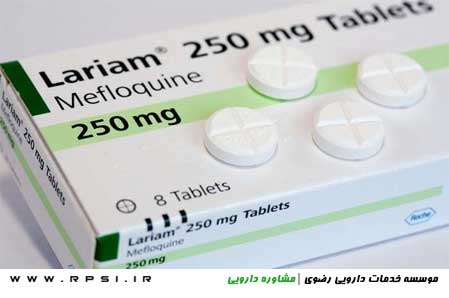 Mefloquine has been found to produce swelling of the Plasmodium falciparum food vacuoles. It may act by forming toxic complexes with free heme that damage membranes and interact with other plasmodial components.

Excretion: Mainly in bile and feces; urine (~1.5-9% as unchanged drug)

May increase QT interval; caution with other drugs known to prolong QT interval

Strong CYP3A4 inhibitors (eg, ketoconazole) should do not coadminister with or within 15 weeks after the last mefloquine dose

Geographical drug resistance patterns of P. falciparum occur and the preferred choice of malaria prophylaxis might be different from one area to another

Periodic ophthalmic examinations recommended; retinal abnormalities seen in humans with long-term chloroquine use have not been observed with mefloquine use; however, long- term feeding of mefloquine to rats resulted in dose-related ocular lesions

During prophylactic use, if psychiatric or neurologic symptoms occur, the drug should be discontinued and an alternative medication should be substituted

For all uses of mefloquine:

What do I do if I miss a dose?