Triparanol is a hypolipidemic agent.
according to Merck Index, 11th ed, the compound was withdrawn from the market in 1962 because of its association with the formation of irreversible cataracts. 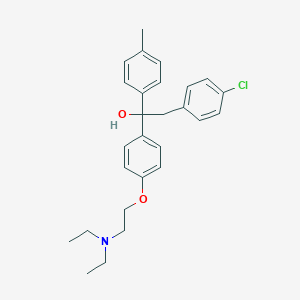 Cataracts , Hypersensitivity to this drug