Fesoterodine is an antimuscarinic prodrug for the treatment of overactive bladder syndrome. 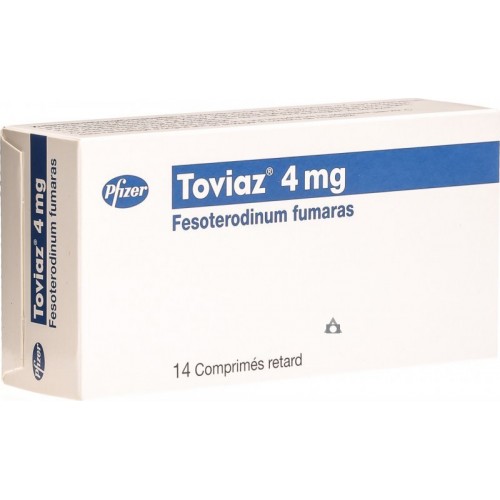 Fesoterodine, once converted to its active metabolite, 5-hydroxymethyltolterodine, acts as a competitive antagonists at muscarinic receptors. This results in the inhibition of bladder contraction, decrease in detrusor pressure, and an incomplete emptying of the bladder.

urinary retention , excessive sensitivity to the drug or its component , gastric retention

Angioedema of the face, lips, tongue, and/or larynx reported; in some cases angioedema occurred after the first dose

Heat prostration may occur in the presence of increased environmental temperature