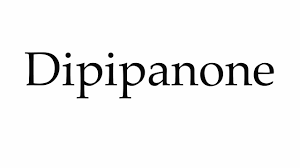 are allergic to dipipanone hydrochloride, cyclizine hydrochloride or any of the other ingredients in Diconal Tablets (allergic reactions include mild symptoms such as itching and/or rash. More severe symptoms include swelling of the face, lips, tongue and/or throat with difficulty in swallowing or breathing); • have any lung disease (such as bronchitis), difficulty in breathing, or have excessive phlegm; • suffer from any obstructive airway disease; • are having an asthma attack; • suffer from heart failure as a result of chronic lung disease; • are addicted to, or often drink large amounts of, alcohol; • have recently suffered any head injury or have been told that you have raised pressure around your brain; • are taking, or have recently taken (within the last 14 days) a medicine from a group of anti depressants called monoamine oxidase inhibitors (MAOIs); • have a bowel disorder such as ulcerative colitis; • are at risk of paralytic ileus (a condition where there is inactivity or paralysis within the bowel which stops the passage of material within the intestine); • suffer from abdominal pain/ spasm (spasms of the biliary tract and/or renal tract). Do not take Diconal Tablets immediately after having abdominal surgery (biliary tract surgery); • are about to undergo surgery or have had surgery within the past 24 hours; • have severe liver or kidney problems

• feeling very tired, experience unexpected bruising or bleeding, or more infections (e.g. colds and sore throats) than usual please tell your doctor as soon as possible, your doctor may decide to conduct tests on your blood periodically as a result of these symptoms; • inflammation of the pancreas which causes severe pain in the abdomen and back; • decreased consciousness;
• experiencing a loss of contact with reality;
• fits;
• loss of coordination or unusual body movements, particularly of the hands, arms or legs;
• fatigue, nausea, loss of appetite, or yellow skin or eyes could be due to inflammation of the liver (hepatitis);
• abdominal pain/spasm could be due to condition known as biliary pain/spasm. The side effects of Diconal Tablets may include:
• a dry mouth, nose or throat;
• sweating;
• feeling of weakness;
• generally feeling unwell;
• feeling cold;
• headaches;
• facial flushing;
• dizziness, light-headedness or vertigo;
• low blood pressure/fainting, coma;
• high blood presssure;
• increased blood pressure within the head;
• swelling of the ankles, feet or fingers;
• increase in heart rate;
• slow or irregular heart beat;
• palpitations;
• nervousness or restlessness, agitation, confusion and mood changes;
• uncomfortable mood or feeling of happiness;
• seeing or hearing things that are not really there (hallucinations);
• ringing in the ears;
• breathing difficulties such as wheezing;
• a decreased cough reflex;
• itching or nettle rash;
• sensitivity to light;
• abdominal pain;
• constriction of the pupils (small pupils);
• blurred vision;
• visual disturbances;
• feeling sick and being sick;
• constipation;
• acid reflux;
• diarrhoea;
• loss of appetite;
• indigestion;
• taste disturbances;
• difficulty or pain in passing water;
• difficulty in sleeping;
• tiredness or drowsiness;
• muscle twitches, spasms or tremors;
• a tingling/burning sensation of the skin;
• jaundice (yellowing of the skin and whites of the eyes);
• blood tests which show changes in the way the liver is working;
• difficulty in speaking;
• changes in blood counts which may: - make infections more likely, or - make the skin pale and cause weakness or breathlessness, or - increase the risk of bleeding or bruising; • decreased sex drive;
• erectile dysfunction (in men);
• absence of menstrual periods (in women). Some people may become tolerant of, or addicted to, this medicine when treatment continues for a long time.

• have previously been dependent on opioid painkillers or other similar substances;
• are in a weakened or debilitated state;
• suffer from involuntary muscle movement (convulsive disorders);
• have suffered from alcohol withdrawal symptoms;
• have any problems with your thyroid, adrenal or pituitary glands;
• are a man with an enlarged prostate gland;
• are suffering from shock;
• have diabetes;
• suffer from an immune disorder characterised by muscle weakness (myasthenia gravis);
• have low blood pressure due to loss of blood or fluids;
• suffer from pancreatitis (which can cause severe pain in the abdomen or back);
• suffer from an obstructive disease affecting the stomach and intestines;
• suffer from an inflammatory bowel disorder;
• have a disease affecting the series of passageways that carry bile into the intestines;
• have difficulty breathing (impaired respiratory function);
• have difficulty passing urine (urinary retention);
• have severe heart failure;
• have been told you have a rare condition called porphyria (a blood disease); • suffer from an eye disease caused by a rise of pressure within the eye
(glaucoma);
• have a tumour of the adrenal gland (phaeochromocytoma).