It is used to treat cyanide poisoning. 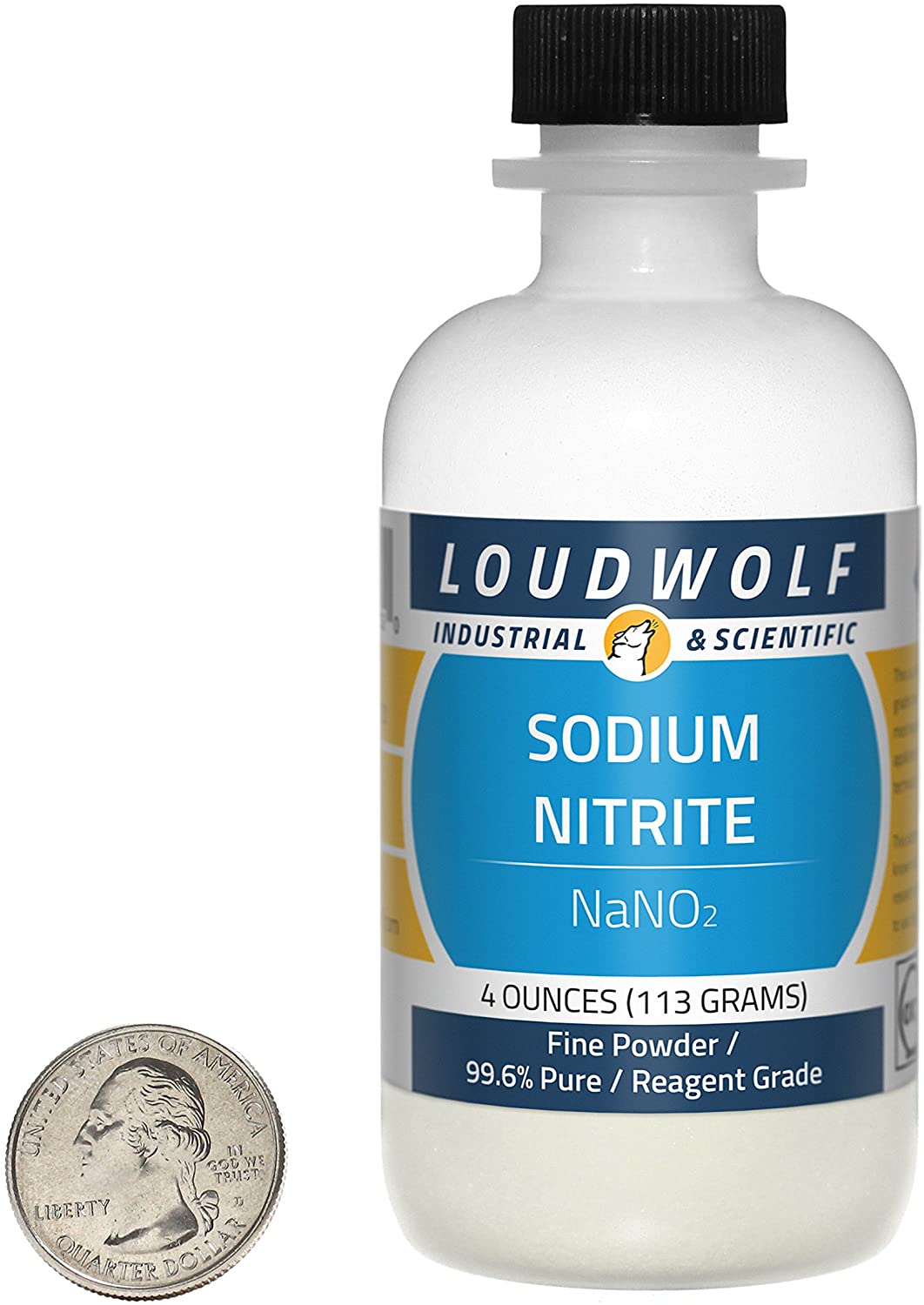 When 4 mg/kg sodium nitrite was administered intravenously to six healthy human volunteers, the mean peak methemoglobin concentration was 7%, achieved at 30-60 minutes after injection, consistent with reports in cyanide poisoning victims. Supine systolic and diastolic blood pressures dropped approximately 20% within 10 minutes, a drop which was sustained throughout the 40 minutes of testing. This was associated with a 20 beat per minute increase in pulse rate that returned to baseline in 10 minutes. Five of these subjects were unable to withstand orthostatic testing due to fainting. One additional subject, who received a 12 mg/kg dose of sodium nitrite, experienced severe cardiovascular effects and achieved a peak methemoglobin concentration of 30% at 60 minutes following injection.
Oral doses of 120 to 180 mg of sodium nitrite administered to healthy volunteers caused minimal cardiovascular changes when subjects were maintained in the horizontal position. However, minutes after being placed in the upright position subjects exhibited tachycardia and hypotension with syncope.
The half life for conversion of methemoglobin to normal hemoglobin in a cyanide poisoning victim who has been administered sodium nitrite is estimated to be 55 minutes.

Metabolism: To ammonia and other metabolites


Sodium Nitrite
Sodium nitrite is a strong oxidant, and reacts rapidly with hemoglobin to form methemoglobin. The pharmacokinetics of free sodium nitrite in humans have not been well studied. It has been reported that approximately 40% of sodium nitrite is excreted unchanged in the urine while the remaining 60% is metabolized to ammonia and related small molecules.
Cyanide
The apparent terminal elimination half life and volume of distribution of cyanide, in a patient treated for an acute cyanide poisoning with sodium nitrite and sodium thiosulfate administration, have been reported to be 19 hours and 0.41 L/kg, respectively. Additionally, an initial elimination half life of cyanide has been reported to be approximately 1-3 hours.
Thiocyanate
After detoxification, in healthy subjects, thiocyanate is excreted mainly in the urine at a rate inversely proportional to creatinine clearance. In healthy subjects, the elimination half-life and volume of distribution of thiocyanate have been reported to be 2.7 days and 0.25 L/kg, respectively. However, in subjects with renal insufficiency the reported elimination half life is approximately 9 days.

Cyanide poisoning: IV: Note: Given in conjunction with sodium thiosulfate. Administer sodium nitrite first, followed immediately by the administration of sodium thiosulfate: 300 mg (10 mL of a 3% solution); may repeat at one-half the original dose if symptoms of cyanide toxicity return. Sodium nitrite is generally discontinued for methemoglobin levels >30%.
Alternatively, in patients who are unable to tolerate significant methemoglobinemia (eg, patients with comorbidities that compromise oxygen delivery, such as heart disease, lung disease), dosing may be based on hemoglobin levels (when rapid bedside testing is available) to prevent fatal methemoglobinemia; see table (Berlin, 1970):

There are no contraindications listed within the manufacturer's labeling.

Group c - Not adequate studies in pregnant women
Teratogenic effects have been observed following maternal exposure to high concentrations of sodium nitrite in drinking water.
Sodium nitrite causes methemoglobin formation, resulting in diminished oxygen-carrying capacity; fetal hemoglobin may be more susceptible to excessive nitrite-induced methemoglobinemia.
In general, medications used as antidotes should take into consideration the health and prognosis of the mother; antidotes should be administered to pregnant women if there is a clear indication for use and should not be withheld because of fears of teratogenicity (Bailey 2003). However, sodium nitrite is not the preferred treatment of cyanide toxicity,(Anseeuw 2013) and other treatments may be preferred for pregnant women (Culnan 2018).

It is not known if sodium nitrite is present in breast milk.
When cyanide poisoning is the indication for use of amyl nitrite, clinicians should be aware that the breastfed infant may have been exposed to cyanide and may also require treatment for cyanide poisoning (De Capitani 2017); consultation with a clinical toxicologist or poison control center is highly recommended.
The manufacturer recommends that caution be exercised when administering sodium nitrite to breastfeeding women. Breastfeeding is not a contraindication to use.