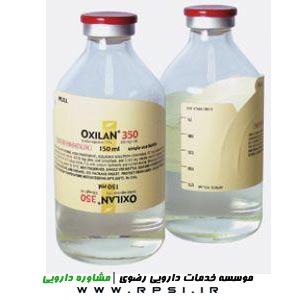 Intravascular injection results in opacification of vessels in the path of flow of the contrast medium, permitting radiographic visualization of the internal structures of the human body until significant hemodilution occurs.

As with other iodinated contrast agents the degree of contrast enhancement is directly related to the iodine content in the administered dose.

absorption:
Peak iodine plasma levels occur immediately following rapid intravenous injection. Iodine plasma levels fall rapidly within 5 to 10 minutes. This can be accounted for by the dilution in the vascular and extravascular fluid compartments.

protein binding:
Binding of ioxilan to plasma protein is negligible.

There is no evidence for metabolism.

The average amount of ioxilan excreted unchanged in urine at 24 hours represents 93.7% of the dose in young healthy subjects (21-27 years) after intravenous administration. This finding suggests that, compared to the renal excretion, biliary and/or gastrointestinal excretion are not important.

The reaction to intrathecal administration can be fatal

Not known, use caution