In mammals, melatonin is produced by the pineal gland. The secretion of melatonin increases in darkness and decreases during exposure to light, thereby regulating the circadian rhythms of several biological functions, including the sleep-wake cycle. 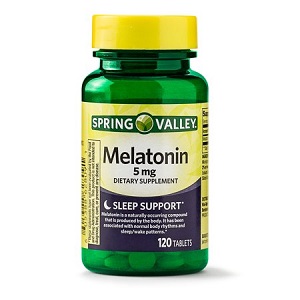 MT1 is also expressed in the retina, ovary, testis, mammary gland, coronary circulation and aorta, gallbladder, liver, kidney, skin and the immune system. MT2 receptors are expressed mainly in the CNS, also in the lung, cardiac, coronary and aortic tissue, myometrium and granulosa cells, immune cells, duodenum and adipocytes. The binding of melatonin to melatonin receptors activates a few signaling pathways. Melatonin is a derivative of tryptophan. It binds to melatonin receptor type 1A, which then acts on adenylatecylcase and the inhibition of a cAMPsignal transduction pathway. Melatonin not only inhibits adenylatecyclase, but it also activates phosphilpase C.

This potentiates the release of arachidonate. By binding to melatonin receptors 1 and 2, the downstream signallling cascades have various effects in the body.  MT1 receptor activation inhibits the adenylyl cyclase and its inhibition causes a rippling effect of non activation; starting with decreasing formation of cyclic adenosine monophosphate (cAMP), and then progressing to less protein kinase A (PKA) activity, which in turn hinders the phosphorilation of cAMP responsive element-binding protein (CREB binding protein) into P-CREB. MT1 receptors also activate phospholipase C (PLC), affect ion channels and regulate ion flux inside the cell.

The binding of melatonin to MT2 receptors inhibits adenylyl cyclase which decreases the formation of cAMP. As well it hinders guanylylcyclase and therefore the forming of cyclic guanosine monophosphate (cGMP). Binding to MT2 receptors probably affects PLC which increases protein kinase C (PKC) activity. Activation of the receptor can lead to ion flux inside the cell.

In particular, melatonin regulates the sleep-wake cycle by chemically causing drowsiness and lowering the body temperature. Melatonin is also implicated in the regulation of mood, learning and memory, immune activity, dreaming, fertility and reproduction. Melatonin is also an effective antioxidant.