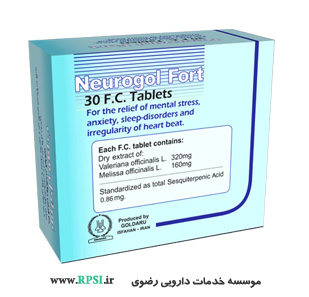 Valerian has demonstrated a number of pharmacological effects including (1,2) : Normalizing of the central nervous system ( it acts as a sedative in states of agitation and a stimulant in cases of extreme fatigue). A recent pharmacological study indicated that both valepotriates and valerenic acid are capable of binding to GABA receptors in a similar fashion to benzodiazepines

Compared with the placebo , valerian showed a significant effect, with 44% reporting perfect sleep and 89% reporting improved sleep. And finally , in another double – blind study of insomniacs , 20 subjects received a combination of valerian root (160 mg ) and Melissa officinalis (80 mg), a benzodiazepine (triazolam 0.125) , or placebo (6). In the insomniac group , the valerian preparation showed an effect comparable to that of the benzodiazepine, as well as an increase in deep sleep stage 3 and 4. The valerian preparation did not , however , cause day time sedation and there was no evidence of diminished concentration based on the concentration performance test or any impairment of physical performance.

hypersensitivity to drug or its components. , in Children under 6 years of age

Avoid driving and working with instrumentation 2 hours after use .