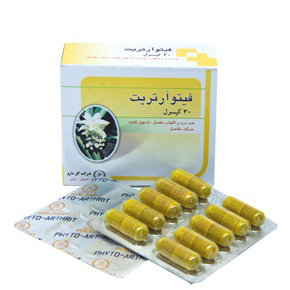 Curcumin a potent antioxidant is believed to be the most bioactive and soothing portion of the herb tumeric . It exhibits potent anti- inflammatory effects (1) .Oral administration of curcumin in instances of acute inflammation was found to be as effective as cortisone or phenylbutazone , curcumin posses the properties like anti - platelet , chlosterol lowering antibacterial and anti fungal effects . Curcumin inhibits cancer at initiation.Curcumine and the gum resin of Boswellia serrata , which were demonstrated to act as anti- inflammatories in vivo animal models , were studied in a set of in vitro experiments in order to elucidate the mechanism of their beneficial effects . Cucurmine inhibited the 5- lipoxygenase activity in rat peritoneal neutrophils as well as the 12- lipoxygenase and the cycloxygenase activities in human platelets . Boswellic acids were isolated from the gum resin of Boswellia serrata and identified as the active principles , and inhibited the leukotriene synthesis via 5- lipoxygenase .As opposed to NSAIDS, long term use of boswellia does not lead to irritation or ulceration of the stomach. A recent clinical trial suggests positive effects of Boswellia serrata extract in knee osteoarthritis. Zingiber, has been shown to have anti - inflammatory activity in carrageenin - induced rat oedema (4). The active principle gingerol , and dehydrogingerdion and gingerdione were shown to be potent inhibitors of prostaglandin synthesis – confirming the mechanism of anti-inflammatory effect. Ginger was shown to have significant antiemetic and anti – vertigo effects. Ginger has been shown to demonstrate anti - inflammatory effects in patients suffering from rheumatoid or osteoarthritis , reducing the pain experienced .Unlike NSAIDS ginger did not cause stomach irritation or ulceration , even after 3 months of use (5,6). Bioassay directed fractionation of anti- inflammatory extracts of uncaria tomentosa using the carrageenan - induced edema in rat has led to the isolation of a new quinovic acid glycoside 7 as one of the active principles.The quinovic acid glycoside 7 from cat' s claw bark reduced experimentally induced inflammation in the rat model (9,10) .A clinical trial on cat's claw vs placebo performed on 60 patients who suffered from Rheumatoid Arthritis . The results showed clearly that the patients that took uncaria tomentosa experienced improvements in relation with morning stiffeness ,day time and night time pain (11).The combination of these plants potentiate the anti - inflammatory effect of each other , thus they make a potent anti - rheumatism .

Take 3 times a day 1-2 capsules with some water after meal.

Tumeric is contraindicated in patients with bile duct obstruction, gallstones and stomach ulcer. Zingiber , and /or cat' s claw affect platelet aggregation and prevents blood clothing ,thus should not be used along with anti- coagulants (aspirin, heparin, warfarin). Use with caution in diabetic patients, since it lowers blood glucose.

Continuous use of turmeric irritates the GI tract. In sensitive individuals may cause skin erythema , diarrhea and heart burn.