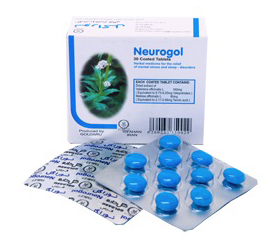 Valerian has demonstrated a number of pharmacological effects including ( 1, 2 ) : Normalizing of the central nervous system ( it acts as a sedative in states of agitation and a stimulant in cases of extreme fatigue). A recent pharmacological study indicated that both valepotriates and valerenic acid are capable of binding to GABA receptors in a similar fashion to benzodiazepines (3). However, valerian does not appear to act in a similar fashion,in that side – effects such as impaired mental function morning hangover, and dependency have not been reported with valerian . In addition , valerian compounds which do not bind to GABA receptors have also been shown to produce sedative effects. Several recent clinical studies have substantiated valerian`s ability to improve sleep quality and reduces night – time awakenings in sufferes of insomnia (4). This study , performed under strict laboratory conditions , demonstrated that valerian is as effective in reducing sleep latency as small doses of barbiturates or benzodiazepines. However while these latter compounds also increase morning sleepiness, valerian usually reduces morning sleepiness. In another study of insomniacs, subjects received either a valerian preparation and /or placebo ( 5 ). Compared with the placebo , valerian showed a significant effect, with 44% reporting perfect sleep and 89% reporting improved sleep. And finally , in another double – blind study of insomniacs , 20 subjects received a combination of valerian root (160 mg ) and Melissa officinalis ( 80 mg ) , a benzodiazepine ( triazolam 0.125 ), or placebo (6 ). In the insomniac group , the valerian preparation showed an effect comparable to that of the benzodiazepine, as well as an increase in deep sleep stage 3 and 4. The valerian preparation did not , however , cause day time sedation and there was no evidence of diminished concentration based on the concentration performance test or impairment of physical performance.

Pregnancy , Lactation , hypersensitivity to drug or its components.

Valerian is generally regarded as safe and is approved for food use by the united states food and drug administration (5 ). A major concern for any sedative or anti – anxiety medication is its potential to effect a person`s ability to drive or operate potentially dangerous machinery . A randomized , placebo – controlled , double – blind study evaluated the impact of a valerian / lemon balm prepartion on psychomotor and mental performance tests (6 ). No impact was found on reaction time , concentration or attentiveness.