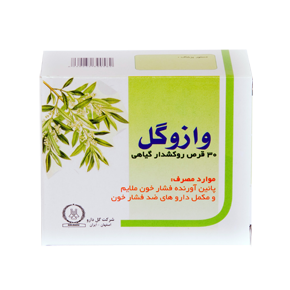 Several phenolic compounds are found the olive leaf and bud such as oleoropine (phenolic glucoside) and flavonoids. oleoropine is a natural antioxidant then the more oleoropine in a particular product, the more effective it is in lively to be and is responsible for its therapeutic effects, oleoropine in the body is metabolized to linoleic acid. Linoleic acid possess broad spectrum antibacterial activities (1,2). The olive leaf extract inhibits some viruses in vitro including rhinovirus, myxoviruses, Herpes simplex type I, Herpes simplex type II, and many strains of influenza and parainfluenza viruses(2,3) . It has been reported that the olive leaf extract has vasodilatory action (4) . As an antioxidant, oleoropine has been reported to decrease the oxidation of LDL cholesterol and reduce the development of atherosclerosis. Olive leaf extract has also been reported to inhibit the production of thromboxane A2 and platelet aggregation (5) . Oleoropine was also shown to enhance nitric oxide production (6) . After bio assay directed fractionation, 3,4 – dihydroxy – phenyl – ethanol, a degradation product of oleoropine was shown to have such potential (10). Other B- glucosidase produced metabolites of oleoropine and oleacin have been shown to inhibit the angiotensin converting enzyme (7,10). A certain role in the pathogenesis of hypertension is also ascribed to oxidative stress(8). Based on the ability of oleoropine and polyphenolic compounds to scavenge free radicals and reactive oxygen species extracts from olive leaves have high antioxidative activity . In a clinical trial on hypertensive patients, olive leaf extract reduced the blood pressure significantly (9,11) .

The administration of the drug can trigger colic among gallstone sufferers, so, in these patients, consumption is contraindicated..

Consult a physician before using