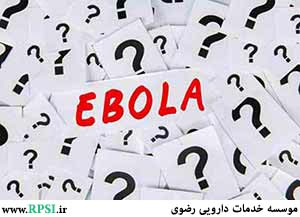 A new Ebola vaccine may be trialled in humans after eight macaques immunized experimentally did not succumb to the deadly infection, whereas two unvaccinated monkeys did. And in a separate development, research into the biological mechanisms of the virus has produced results that could lead to a future drug treatment.

The vaccine which gave protection to the animals after a single dose - showed success in overcoming safety limitations that have been seen with the use of the vesicular stomatitis virus (VSV) as a vector.

The use of this virus is designed to carry, as harmlessly as possible, the immunity-provoking proteins from the Makona strain of the Zaire Ebola virus.

The scientists working on the new version of this type of vaccine have shared their results in a letter to the journal Nature.

They say the vaccine-associated viremia that has been seen in the first-generation VSV-based vaccine, already in human trials, has now been "reduced tenfold" in their study.

The experts worked together from the University of Texas Medical Branch, including the Galveston National Laboratory, and the commercial immunology and virology departments of Profectus BioSciences.

Profectus - which specializes in vaccines based on VSV (the virus that rarely affects us, with flu-like symptoms, and instead most commonly affects cattle, which get a disease resembling foot-and-mouth) - has been funded for the development of Ebola vaccines by US government grants, reports The New York Times.

The scientists worked with Profectus to use its VesiculoVax "vector platform." The firm's chief scientific officer, John Eldridge, PhD, says in a press release:

"This is the first demonstration of a vaccine that is able to rapidly confer single-dose protection against the current Makona strain of Zaire Ebola virus that is responsible for more than 10,000 deaths in the ongoing epidemic in West Africa."

In the conclusion of their article, the researchers outline the potential of the vaccine:

"These findings pave the way for the identification and manufacture of safer, single-dose, high-efficacy vaccine(s) to combat current and future filovirus outbreaks in Africa and their use as biological weapons."

In a separate development against Ebola, scientists publishing findings in the journal Cell Reports say they have found a protein responsible for both protecting and "uncloaking" genetic material of the virus - and that disrupting this process kills the virus.

The protein coat means genetic material of the virus (RNA) is not destroyed by enzymes yet can be revealed to viral copying machinery.

The scientists working on understanding this potential target for Ebola drug treatment are based in various US scientific centers, including many in Texas, with co-first author Daisy Leung, PhD, from the Washington University School of Medicine in St. Louis, MO.

The particular way in which the immunologists, microbiologists and other infectious disease researchers affected the protein with cell culture work meant that it was still able to disrobe the viral RNA - but could not re-cloak it.

The effect of this was to stop new viruses emerging from infected cells, raising the prospect of targeting the protein mechanism with potential antiviral drugs against Ebola.

The scientists from St. Louis have drawn a comparison with cloak-check attendants for the protein. Senior author Gaya Amarasinghe, PhD, assistant professor of pathology and immunology at the Washington School of Medicine, says:

"This coat-check protein, known as VP35, has a great deal of potential as a new target for Ebola treatments.

If we can block this process, we can stop Ebola infection by blocking viral replication."