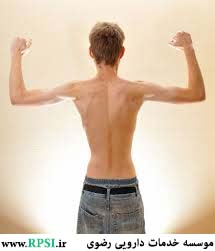 Past research has associated obesity with increased risk of dementia. But a new study - deemed the largest ever to assess the link between body mass index and dementia risk - suggests obesity could actually be a protective factor against the condition, while people who are underweight may be at increased risk.

Study author Prof. Stuart Pocock, of the London School of Hygiene & Tropical Medicine in the UK, and colleagues publish their findings in The Lancet Diabetes & Endocrinology.

Dementia is a term used to describe a number of conditions associated with a decline in memory and thinking skills. Alzheimer's disease is the most common form of dementia, accounting for around 60-80% of cases in the US.

Some risk factors for dementia are well established. It is known that a person's risk of the condition increases with age, for example, and people with a family history of the condition are more likely to develop it themselves.

Increasingly, researchers are looking at how an individual's weight influences their risk of dementia, but results have been conflicting. In 2011, for example, a study published in the journal Neurology linked midlife obesity to increased risk of dementia later in life.

In February 2015, however, Medical News Today reported that while obesity may pose a higher dementia risk for young and middle-aged adults, it may protect against the condition for elderly individuals.

In this latest study, Pocock and colleagues assessed the medical records of almost 2 million people in the UK in order to gain a better understanding of how obesity affects dementia risk.

Looking at a period of 20 years, the researchers took their data from the Clinical Practice Research Datalink (CPRD) - a large database that holds the medical records of approximately 9% of the UK population.

The adults included in the study were an average age of 55 at baseline and had a median body mass index (BMI) of 26.5 kg/m2, which falls into the overweight category.

Over an average follow-up period of 9 years, 45,507 adults were diagnosed with dementia.

The researchers found that, compared with adults who had a healthy BMI (between 20-25 kg/m2), those who were underweight - defined in this study as a BMI less than 20 kg/m2 - during middle age were 34% more likely to be diagnosed with dementia. This increased risk remained for 15 years after adults' underweight status was recorded.

The researchers also found that middle-aged adults' risk of dementia steadily reduced as their BMI increased. Compared with adults who had a healthy BMI, those who were severely obese (BMI greater than 40 kg/m2) were 29% less likely to develop dementia.

The team says their results remained even after accounting for factors associated with increased dementia risk, including smoking and alcohol consumption. In addition, the results were not affected by adults' age at dementia diagnosis or the decade in which they were born, according to the researchers.

Findings may lead to new treatments for dementia

Prof. Pocock says the team's findings suggest that clinicians, public health scientists and policymakers need to reassess the best ways to identify which individuals are at high risk of dementia.

"We also need to pay attention to the causes and public health consequences of the link between underweight and increased dementia risk which our research has established," he adds.

"However, our results also open up an intriguing new avenue in the search for protective factors for dementia - if we can understand why people with a high BMI have a reduced risk of dementia, it's possible that further down the line, researchers might be able to use these insights to develop new treatments for dementia."

Lead study author Dr. Nawab Qizilbash, from OXON Epidemiology in the UK and Spain, says further research is warranted to understand the mechanisms that drive the association between high BMI and reduced dementia risk.