Please be careful - the symptoms of heart attack! 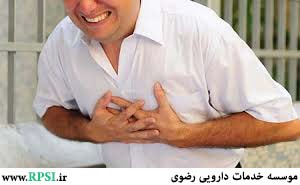 Please be careful - the symptoms of heart attack!

A heart attack is not only the stronghold of men. Women also possible to get a heart attack, but the stroke symptoms in very different from those experienced by men of women. What are women's heart attack, how it is possible to distinguish them until we go to the hospital in a timely manner and what are the survival rate? All the answers in the following article.

Do you remember the scene of a heart attack played by Jack Nicholson in the movie "no limits in love"? In the beginning it becomes pale, then sweating and holding his chest injury was terrible panic because of the pressure he feels in the chest? Indeed, this is the classic image of myocardial infarction (MI According to medical terms, initials for Myocardial Infraction) in men. While if it were Diane Keaton, which accounted for his side in the film is hit by a heart attack to the scene was completely different.

As well as heart attacks in women differ from men : 50% of them will not feel pains in the chest, or shortness of breath, it's very typical in men. Instead, there was a different feel feelings is absolutely linked to heart attack. For example: severe fatigue, nausea, persistent cough, dizziness, excessive sweating, cold sweats, panic, heartburn, nausea unjustified, strong heartbeat or accelerated, pain in the upper part of the abdomen, jaw, throat or in the upper back. In addition to discomfort or strange sensations such as: strong pressure, feeling a sharp pain and burning (agitation) in the neck, shoulders, hands or in the upper back.

Studies indicate that 77% of the public had never heard of "women's heart attack" and that more women arrive late to the emergency room. Why? Because they do not know the symptoms of heart attack in women not notify Bahin they suffer from the symptoms of stroke or heart problem. Apparently, there should be no difference between women and men in all matters relating to heart attack: the heart is the heart. It is known that female heart donor can be transplanted to the man routinely and vice versa. As well as risk factors such as high cholesterol level, blood pressure, diabetes, family history, obesity, lack of exercise of physical activity and the like, all of the hearts of women and men threaten both. So why in spite of that there is a difference?

Apparently, the explanation goes back to the age of Elias and to the impact of lower female hormone estrogen known effectiveness level to protect the heart and arteries. At the end of the menstrual cycle, it is accelerating the "hardening process" and the accumulation of fat in the blood vessels (coronary arteries), reached by blood to the heart. This narrowing of the arteries cause myocardial infarction. High levels of bad cholesterol (LDL), and low levels of good cholesterol (HDL) known as risk factors for heart disease, among women and men alike. Of- LDL negative effect on the arteries (the accumulation of fat and calcium deposits even causing narrowing and occlusion of blood vessels), while the effect of HDL Reverse positive (it is "clean" arteries of the waste LDL). Among women aged 50-55 between bad cholesterol levels to rise and with it an increased risk of heart injury. In addition, it became clear in recent years that the good cholesterol a major role in controlling the level of fat in women, and that the low levels of HDL (even if the level of the normal LDL) increases a woman's risk of heart disease and stroke and blood vessels.

Additional risk larger impact on women is a factor of high blood pressure: one study that examined the effect of risk factor for heart attack and stroke on women and men found that 75% of women who have suffered from a severe heart attack, suffered from high blood pressure compared to 55% of men. In addition, in women who suffer from diabetes, the risk of infarction larger 2.7-fold, compared to women who do not suffer from diabetes (in men ratio is 2.3-fold).

75% of women who suffer from severe heart attack, also suffered from high blood pressure compared to 55% of men.

Why it is so important to know the symptoms of stroke and heart attack women?

Heart specialists as he used to say, "time is muscle" and every minute delay in the arrival to the hospital and receive treatment, mean to cause more damage that is irreversible to the heart muscle. Many women who have suffered from heart attack patients indicated they felt strange feeling "that something bad will happen to them." Women indicated that the panic was not "normal", but more powerful feeling, could not be understood or interpreted, but after he was diagnosed on they went through a heart attack. In one study pointed out that 70% of women who have suffered a heart attack said they suffered from extreme fatigue in the days or weeks leading up to the Nuba. Another study found that two-thirds of women have suffered from the flu two weeks ago, even a month of a heart attack.

It is important to listen to your body and to act quickly in case of suspected symptoms of heart attack. Sudden severe pain in the chest or in the diaphragm, are classic symptoms that should illuminate the red light (for women and men alike) and require immediate investigation. As well as discomfort, which appear initially in the chest area, above the diaphragm or in the upper abdominal area. Women who suffer from diabetes, with high blood pressure or lipids unbalanced levels, must be with a hand on heart, that Aoazbwa to visit the family doctor, taking the required medication and maintain good for their health.

The survey found, conducted by specialists Heart Association that men seeking help on average, an hour and fifty minutes from the moment of the appearance of symptoms, while women seek help within two hours and five minutes from the beginning of the symptoms of stroke. As well as in hospitals, the time it took women even undergo catheterization and treatment was ten minutes longer on average than men.

Bottom line - one of the main reasons for the delay and slow diagnosis of cardiac cases in women is lack of knowledge and discrimination coronary syndrome to have and not be linked immediately between it and heart problems. This Banakad to spread awareness about the symptoms of stroke in men. The man who suffers from pressure in the chest or other complaints to heart problems immediately suspected the problem of heart and head immediately for clarification. In women who suffer from the same symptoms and it takes longer to get an explanation. Lack of awareness and clinical suspicion of small heart attack cases in women is a common denominator among the general public and wide between the medical staff and crew health care. In a heart attack every minute is crucial. So when you see the symptoms suspected, orientation to receive treatment as soon as possible.