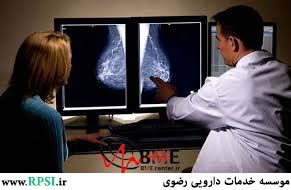 An international group of independent breast cancer experts have met to evaluate the benefits of different methods of screening for breast cancer, arriving at the conclusion that mammography is best for reducing breast cancer mortality in women aged over 50.

The c onclusions of the group, convened by the International Agency for Research on Cancer (IARC), are published in the New England Journal of Medicine and come following new data on screening practices and their outcomes.

"Careful consideration of both the benefits and harms of mammography screening shows a net benefit from inviting women 50-69 years old," says Dr. Béatrice Lauby-Secretan, an IARC scientist. "The significant reduction in breast cancer mortality observed in this age group outweighs the effects of overdiagnosis and other adverse effects."

Standard mammography is currently the most common means of screening women for breast cancer, available through either organized programs or opportunistic screening for individuals on request as part of routine health check-ups.

The IARC previously stated in 2002 that evidence for the efficacy of using mammography as the sole means of screening in reducing mortality from breast cancer "was sufficient for women 50 to 69 years of age, limited for women 40 to 49 years of age, and inadequate for women younger than 40 or older than 69 years of age."

In light of research that has been conducted in subsequent years and improved outcomes for late-stage breast cancer, the IARC decided that an update of their findings was required, and so set about reviewing all published peer-reviewed scientific literature in the field, including data for emerging technologies, clinical breast examination and breast self-examination.

Following their review, the experts conclude that mammography screening is effective in reducing breast cancer mortality in women aged 50-69 and continued to be beneficial to women aged 70-74.

In particular, data obtained from around 20 cohort and 20 case-control studies conducted in high-income countries indicate that women aged 50-69 who underwent mammography screening had a breast cancer mortality around 40% lower than those who did not attend mammography screening.

However, evidence indicating the efficacy of mammography screening among women aged 40-49 is considered by the group to be limited.

The group notes that there are a number of adverse effects associated with mammography. False-positive results can have short-term negative psychological consequences and lead to unnecessary treatment, and there is an increased risk of radiation-induced breast cancer from screening in women aged 50 and above.

Despite these adverse effects, the group concludes that these risks are substantially outweighed by the overall reduction in breast cancer mortality associated with screening. The group also found that mammography screening was capable of detecting breast cancers that would have caused harm or never have been diagnosed had the women not been screened.