Clearance of Alzheimer's protein in brain reduces with age 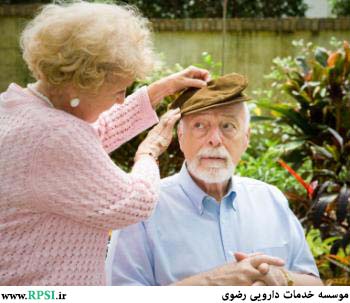 Clearance of Alzheimer's protein in brain reduces with age

After the age of 65, the risk of developing Alzheimer's disease doubles every 5 years. Now, in line with this, new research finds that the brain's ability to clear away a toxic protein fragment associated with the disease is much reduced in older people.

In the Annals of Neurology, researchers from Washington University in St. Louis, MO, describe how they found the brains of older people took much longer to clear away amyloid beta 42, the main ingredient of the protein plaques that clog up the brain in Alzheimer's disease.

"We found that people in their 30s typically take about 4 hours to clear half the amyloid beta 42 from the brain. In this new study, we show that at over 80 years old, it takes more than 10 hours."

If it is not cleared away, there is a higher chance that amyloid beta 42 - a protein fragment that is a natural by-product of brain activity - will clump into plaques that disrupt brain functions, such as communication between cells.

Scientists have long suspected that these plaques are one of the main drivers of Alzheimer's disease, a form of dementia.

Dementia is a progressive condition where memory, thinking and behavior deteriorate until it is no longer possible to have a conversation and look after oneself. Although the condition mainly affects older people, it is not a normal part of aging.

According to the World Health Organization, there are around 48 million people worldwide with dementia, and this figure is rising by nearly 8 million each year. Alzheimer's disease contributes to around two-thirds of these cases.

For their study, Prof. Bateman and colleagues tested 100 volunteers aged from 60 to 87. Half of these participants were showing clinical signs of Alzheimer's disease, such as memory problems, and 62 had plaques forming in their brains.

The researchers established these signs and symptoms from the detailed mental and physical evaluations that the participants underwent. As well as brain scans to check for plaques, they tested the participants' cerebrospinal fluid using technology they had developed themselves.

Through using this technology - called SILK (short for stable isotope-linked kinetics) - the researchers can observe what happens to amyloid beta 42 and other proteins.

In participants who were showing evidence of plaques, the team saw that amyloid beta 42 was more likely to drop out of the fluid that bathes the brain and accumulate into plaques.

Also, lower rates of amyloid beta 42 clearance - such as those the researchers saw in the older participants - were linked to symptoms of Alzheimer's disease, including memory impairment, personality changes and dementia.

Prof. Bateman says scientists believe the brain has four ways of disposing of amyloid beta: moving it into the spine, forcing it through the blood-brain barrier, dissolving it or absorbing it with other proteins, or depositing it as plaques. He concludes:

"Through additional studies like this, we're hoping to identify which of the first three channels for amyloid beta disposal are slowing down as the brain ages. That may help us in our efforts to develop new treatments."