Coca-Cola and the problem with industry-funded research 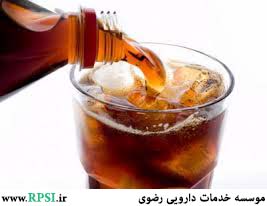 Coca-Cola and the problem with industry-funded research

This past weekend, The New York Times reported on a newly formed nonprofit organization aiming to develop solutions to prevent and reduce diseases associated with poor nutrition and obesity. One of the newsworthy aspects of this story was that this organization had received significant funding from soft drinks giant Coca-Cola. The other was that the group suggests poor dietary habits are not to blame for obesity.

The Global Energy Balance Network (GEBN) is an international organization led by reputable scientists of public health based in universities across the world. The research focus of the group is energy balance - a state of equilibrium between calories consumed and calories burned through physical activity.

In a promotional video, one member of the group's executive committee, Steven N. Blair, a professor at the Arnold School of Public Health at the University of South Carolina, states that the current message about unhealthy diets and the obesity epidemic is inaccurate:

Many people have seen this statement suggesting that there is no compelling evidence that sugary drinks cause obesity and seen that the research group is funded by Coca-Cola and thought that something is amiss.

However, the practice of industry funding science is nothing new. It costs a lot of money to conduct scientific research, and many researchers - in the fields of medicine and technology, as well as nutrition - are funded through grants from corporations that are directly associated with the area of research.

In this Spotlight, we take a look at industry-funded research and the problems associated with it. Are companies such as Coca-Cola merely a welcome source of funding and ideas for research? Or does the threat of bias undermine the science that is being conducted?

It has not been a good few weeks for Coca-Cola in terms of how the company has been portrayed on the Internet. Prior to this article in The New York Times, an infographic detailing what happens to the body within an hour of drinking a can of Coca-Cola went viral online.

The infographic, based on research by a health writer, warns that the regular consumption of Coca-Cola and other caffeinated fizzy drinks can lead to hypertension, heart disease, diabetes and obesity.

Michel Simon, a public health lawyer, believes that the funding of GEBN is a response to how Coca-Cola is currently perceived by the public:

"Coca-Cola's sales are slipping, and there's this huge political and public backlash against soda, with every major city trying to do something to curb consumption. This is a direct response to the ways that the company is losing. They're desperate to stop the bleeding."