One hookah session delivers 125 times the smoke of one cigarette 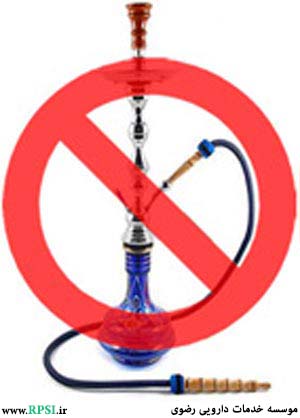 One hookah session delivers 125 times the smoke of one cigarette

The health detriments of cigarette smoking are, by now, very well known to the general public. But what about hookah smoking? Though some people believe the myth that because hookahs employ a water bowl, it makes them safer by drawing the smoke through the water, a new study unveils some shocking discoveries about just how harmful hookah smoking is.

Hookahs are water pipes from which people can smoke specially made tobacco with flavors, including apple, mint, cherry, chocolate and watermelon.

Use of the hookah - also known as narghile, argileh, shisha, hubble-bubble and goza - began centuries ago in Persia and India. It is typically used in groups, and users share the same mouthpiece as it is passed around.

Hookah cafes around the world are becoming more and more popular, with locations springing up in countries including the UK, France, the US and Russia.

Although cigarette smoking rates are beginning to fall, researchers from this latest study - published in the journal Public Health Reports - note that more people are using hookahs to smoke tobacco.

However, the University of Pittsburgh School of Medicine researchers say their study shows that such smokers are taking in a large load of toxins.

To conduct their research, the team conducted a meta-analysis, which is a mathematical summary of previously published data. The benefit of a meta-analysis is that it produces more precise estimates based on available data.

Dr. Smita Nayak, study coauthor and research scientist, says that individual studies "have reported different estimates for inhaled toxicants from cigarettes or hookahs, which made it hard to know exactly what to report to policy makers or in educational materials."

In total, the researchers reviewed 542 scientific articles that were relevant to cigarette and hookah smoking. From this, they narrowed the articles down to 17 studies with enough data to make reliable estimates on toxicants inhaled from cigarettes or hookahs

Their research revealed that one hookah session delivers about 125 times the smoke, 25 times the tar, 2.5 times the nicotine and 10 times the carbon monoxide of a single cigarette.

Lead study author Dr. Brian A. Primack says their findings demonstrate the dangers that hookah smoking present, and he cautions that "it should be monitored more closely than it is currently."

"For example," he adds, "hookah smoking was not included in the 2015 Youth Risk Behavior Surveillance Survey System questionnaire, which assesses cigarette smoking, chewing tobacco, electronic cigarettes and many other forms of substance abuse."

The issue of teen hookah smoking is currently being addressed by the Centers for Disease Control and Prevention (CDC). They recently reported that - for the first time - past 30-day use of hookah was higher than past 30-day use of cigarettes among high school students in the US.

Because about one third of US college students have smoked tobacco for the first time from a hookah, there are concerns that the device could be a gateway to regular tobacco use.

'Hookah smokers exposed to a lot more toxicants than they realize'

The researchers acknowledge that comparing a single hookah smoking session to smoking a single cigarette is problematic, due to smoking pattern differences.

"It's not a perfect comparison because people smoke cigarettes and hookahs in very different ways," says Dr. Primack. He explains that the reason they had to carry out their analysis in this way is that it is how underlying studies report their findings.

"So, the estimates we found cannot tell us exactly what is 'worse.' But what they do suggest is that hookah smokers are exposed to a lot more toxicants than they probably realize. After we have more fine-grained data about usage frequencies and patterns, we will be able to combine those data with these findings and get a better sense of relative overall toxicant load."