A generic descriptor for all tocopherols and tocotrienols that exhibit alpha-tocopherol activity. By virtue of the phenolic hydrogen on the 2H-1-benzopyran-6-ol nucleus, these compounds exhibit varying degree of antioxidant activity, depending on the site and number of methyl groups and the type of isoprenoids. 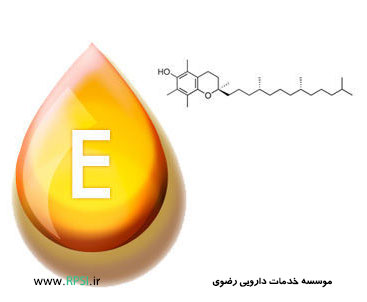 Although all forms of Vitamin E exhibit antioxidant activity, it is known that the antioxidant activity of vitamin E is not sufficient to explain the vitamin's biological activity.
Vitamin E's anti-atherogenic activity involves the inhibition of the oxidation of LDL and the accumulation of oxLDL in the arterial wall. It also appears to reduce oxLDL-induced apoptosis in human endothelial cells. Oxidation of LDL is a key early step in atherogenesis as it triggers a number of events which lead to the formation of atherosclerotic plaque. In addition, vitamin E inhibits protein kinase C (PKC) activity. PKC plays a role in smooth muscle cell proliferation, and, thus, the inhibition of PKC results in inhibition of smooth muscle cell proliferation, which is involved in atherogenesis.
Vitamin E's antithrombotic and anticoagulant activities involves the downregulation of the expression of intracellular cell adhesion molecule(ICAM)-1 and vascular cell adhesion molecule(VCAM)-1 which lowers the adhesion of blood components to the endothelium. In addition, vitamin E upregulates the expression of cytosolic phospholipase A2 and cyclooxygenase (COX)-1 which in turn enhances the release of prostacyclin. Prostacyclin is a vasodilating factor and inhibitor of platelet aggregation and platelet release. It is also known that platelet aggregation is mediated by a mechanism involving the binding of fibrinogen to the glycoprotein IIb/IIIa (GPIIb/IIIa) complex of platelets.

GPIIb/IIIa is the major membrane receptor protein that is key to the role of the platelet aggregation response. GPIIb is the alpha-subunit of this platelet membrane protein. Alpha-tocopherol downregulates GPIIb promoter activity which results in reduction of GPIIb protein expression and decreased platelet aggregation. Vitamin E has also been found in culture to decrease plasma production of thrombin, a protein which binds to platelets and induces aggregation. A metabolite of vitamin E called vitamin E quinone or alpha-tocopheryl quinone (TQ) is a potent anticoagulant.

This metabolite inhibits vitamin K-dependent carboxylase, which is a major enzyme in the coagulation cascade.
The neuroprotective effects of vitamin E are explained by its antioxidant effects. Many disorders of the nervous system are caused by oxidative stress. Vitamin E protects against this stress, thereby protecting the nervouse system.
The immunomodulatory effects of Vitamin E have been demonstrated in vitro, where alpha-tocopherol increases mitogenic response of T lymphocytes from aged mice. The mechanism of this response by vitamin E is not well understood, however it has been suggested that vitamin E itself may have mitogenic activity independent of its antioxidant activity.
Lastly, the mechanism of action of vitamin E's antiviral effects (primarily against HIV-1) involves its antioxidant activity. Vitamin E reduces oxidative stress, which is thought to contribute to HIV-1 pathogenesis, as well as to the pathogenesis of other viral infections. Vitamin E also affects membrane integrity and fluidity and, since HIV-1 is a membraned virus, altering membrane fluidity of HIV-1 may interfere with its ability to bind to cell-receptor sites, thus decreasing its infectivity.

Distribution: All body tissues especially adipose tissues where it is stored

Swallow capsules whole, do not crush or chew

Swallow capsules whole, do not crush

Vitamin E, at RDA levels, does not increase bleeding time or affect warfarin except at megadoses (~10x RDA or higher) - adjustment of warfarin may be necessary for such doses

Use vitamin E products exactly as directed on the label, or as prescribed by your doctor. Do not use in larger or smaller amounts or for longer than recommended.

Vitamin E works best if you take it with food.

Measure liquid medicine with the dosing syringe provided, or with a special dose-measuring spoon or medicine cup. If you do not have a dose-measuring device, ask your pharmacist for one.

Artificially sweetened liquid medicine may contain phenylalanine. Check the medication label if you have phenylketonuria (PKU).

If you need surgery or a medical procedure, tell the surgeon ahead of time that you are using vitamin E. You may need to stop using the medicine for a short time.